An interview with Helen Rudinsky, MS, Marriage and Family Therapist in Vienna

Helen Rudinsky is an American Marriage and Family Therapist based in Vienna, Austria. She works with globally mobile individuals, couples and families going through marital crisis. From time to time, one of the pair is local, and the other is an expat. She has worked with diplomats, army staff, and staff of international companies. Helen is a Third Culture Kid herself. She has lived in many different countries including Russia, Finland, The Netherlands, Switzerland and former Czechoslovakia.

Before becoming a marriage therapist, Helen worked in international business. Helen “I was working in Russia in the 90ies, where the situation was very challenging.

I learnt that as an expat, there is generally very little support from the Home Office. When I lived in Russia, they forgot about the time difference, and woke up me in the middle of the night. In general, there was little interest for the challenges we were facing abroad.  When the Berlin Wall came down, there was no one there to support us. I saw the real need for psychological support for expat families, but there was none available. In the end, I decided to change my own career and become a Marriage and Family Therapist.”

Helen: “You need a lot of skills to survive abroad. It is like running a marathon, everyone can show up at the start but not everyone can finish. Some locations are more challenging than others, but even “civilized places” like Paris or London can be daunting for some people. For example, you might find the school system doesn’t match your educational values. In other locations, you can’t drink the water or there is often no electricity. If you are living in a compound, you are cared for better, but it can still be challenging. With the stress of overseas life, people can start drinking and even gambling, habits they didn’t have at home.”

The location is not the problem

She compares a marriage to a vase that has a crack in it. “The crack was there before moving, the move merely puts pressure on it, causing the marriage to crack further.”

“Many couples are in denial about the marital problems they face; usually these issues have been brewing for years. Sadly, they often only seek help too late in the crisis. It is like going to a doctor only to find that the cancer has already spread too far to be cured.”

But marital trouble is harder to tackle overseas

Helen: “If a relationship has hostility and tension, it is usually not because of where the family is located. It is that the couple does not have the skills to create a happy marriage. And nobody ever assesses the marriage before an international move. I have never seen a company that assesses not just medical fitness but also marital fitness before moving overseas.

But you shouldn’t go overseas if your marriage is hanging by a thread, things do not magically improve in another country. They usually get worse. What’s more, if you do run into marital trouble, it is a lot harder to tackle overseas. Help may not be as readily available, and divorce and child custody issues abroad are more complicated legally.

What happens in marriage therapy?

Helen explains how she works: “Often people think marriage therapy is a long process, but it doesn’t need to be, sometimes 4 to 6 sessions are enough.

The first thing I do is to evaluate the strengths and weakness of the marriage together with the couple.

The most important question is whether they can talk about the touchy subjects, the emotionally charged issues, without fighting or arguing. Often these touchy subjects have nothing to do with expat life. These are topics that couples have fought over for weeks, months or even years but do not resolve. In therapy, couples learn how to resolve these issues without arguing and then put the issue to rest and move on. They learn to break the cycle of fighting.

Then I look at 3 things, self-awareness, other-awareness and relationship and speaking and listening skills.

Self-awareness is about how well you know yourself. How mature am I? Do I take responsibility for my actions? Oftentimes clients blame their partner for the marital tension and try to make me take sides. That is a sign of immaturity; a marriage is always a dance by two people. Each partner needs to be aware and take responsibility for his/her own dysfunctional behavior.

Other- awareness is about how much you notice about the other person. Do you notice when they have a rough time at work or at home? Do you offer emotional support when that is the case?

Skills that the couple will practice in therapy and at home through exercises and roleplays are for example
1) Listening skills. These include how to mirror and give feedback on what your partner is saying and then validating them even if you do not agree and then connecting with them in empathy.   2) The ability of a couple to set boundaries and to openly communicate their needs.
3) Speaking in “I statements” rather than “You statements.” For example: “You never listen to me, you are so inconsiderate and selfish” versus “When I am talking to you I need you to focus on what I am saying.”

Giving up your job to move overseas: can you really do it?

When one of the partners has to give up a job in order to move, this can become a huge source of resentment in the marriage. For many people it is hard to be a “trailing spouse”. Especially as a male trailing spouse, it is even harder to adjust to the expat life. There are not a lot of groups for men like there are for women.

A working spouse seriously needs to consider whether they can be happy not working while overseas. This issue is one of the biggest expat couples face and can cause a lot of marital stress if it isn’t resolved before the move.

A move is both partners’ responsibility

Helen: “Both partners need to take responsibility for the move. If one partner does not want to give up work, then it needs to be discussed before the move, not afterwards. What if finding work takes longer than expected or is not possible at all? Go through the scenarios beforehand. Most likely, moving overseas is not the right choice for you. You need to move as a unified unit. Do not wait until you get there and then try to wing it.”

Issues with the children

Children’s adjustment to the new location is also seen as a stress factor for marital happiness. However, if there are issues with a child’s adjustment after the first few months, it may be a symptom of an underlying issue with the marriage, says Helen. “Children can start being a distraction in order to keep parents from fighting between themselves. Then it is the parents who need help, as well as the child.”

Sometimes people put off finding help because they believe it is difficult to find a therapist abroad. However, Helen has another point of view: “Finding a therapist is not the problem, getting out of denial and facing the problem in the marriage is usually the issue. Couples therapy does take work; a therapist can’t do the work for you. It’s like going to the gym:  if you go to the gym but you only watch the other people exercising, you will not get fit yourself.”

Often a marriage problem is not taken as seriously as a medical problem, but they are comparable in terms of impact on the family. If there was a medical problem, people would usually travel to find a good doctor. And nowadays many marriage therapists now also work online, so you do not need to find one in your location, but can work on your relationship wherever you are.

Helen: “If you look at the money people spend on weddings and then at what they spend on (pre) marital counseling, the balance is skewed. Their priority should be preparing and investing in their relationship, not only buying a dress you wear once.”

Survive your move: have family meetings

What is Helen’s advice for people who are going through an international move right now?

“Have family meetings. Have meetings where everyone can share their vision for the move and the new posting, how they want it to be. Talk about what they need to have and what they would be willing to give up. It is important that everyone in the family has ownership, even the kids. They do not make the final decision, but they do need to feel heard and be included in the decision.”

You can read more about Helen’s work and find her contact details here: http://www.expatcounselingvienna.com/

Margot Stroekenhttps://expat-energy.com
Margot Stroeken, LLM, CPCC, coaches expats who are finding themselves at a crossroads in life or career. She is a Dutch coach and trainer based in Brunei on the island of Borneo. She left The Netherlands in 2012 as an international law/ human rights programme officer and worked a.o. as a Dutch language teacher at a University in Beijing and Communications Officer with the Netherlands Embassy in Beijing while discovering her love of coaching.
Previous Post
Are you checked IN or checked OUT?
Next Post
If you don’t make it to the top- and what I learn’t from that 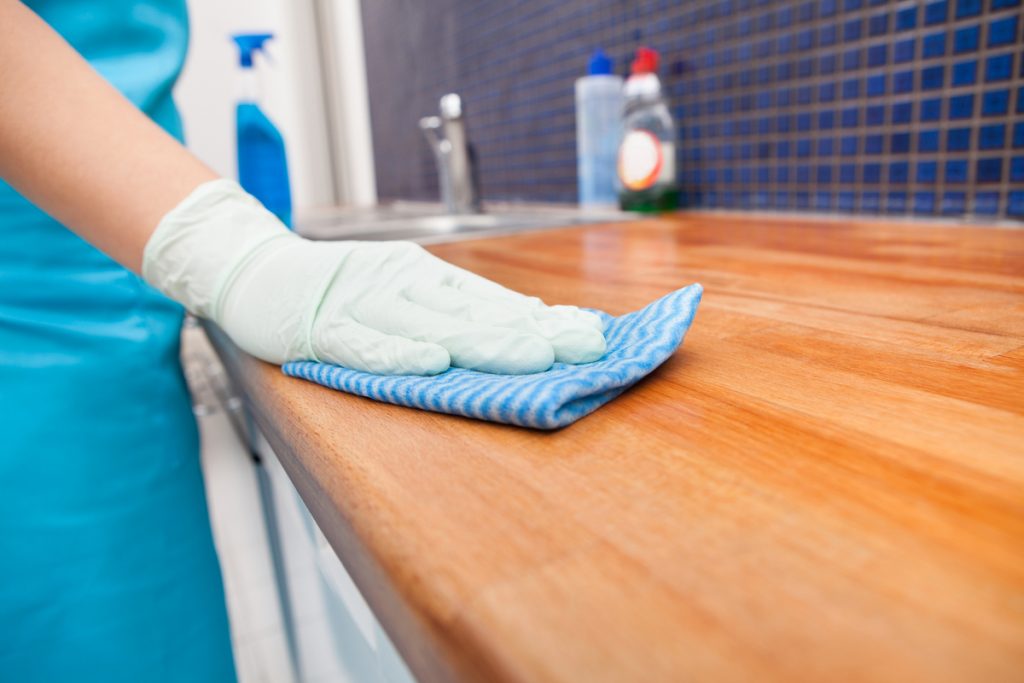 How to Find the Right Helper for your Family Abroad 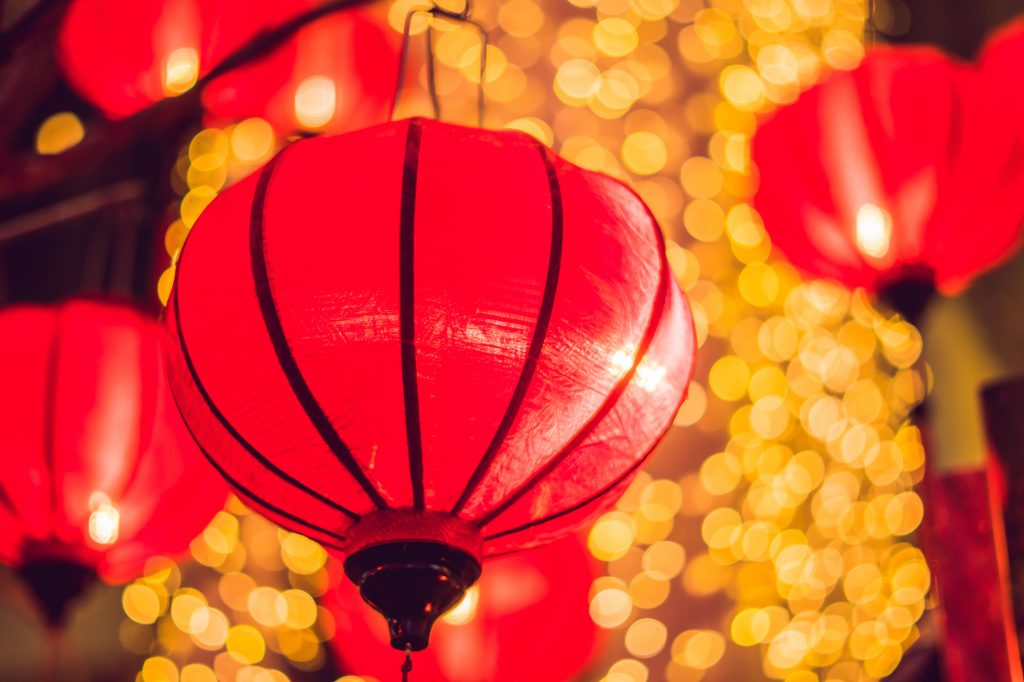