Michelle Robinson Obama, on the one hand she needs no introduction, on the other hand, do we know anything about her other than being Barack Obama’s wife? Her autobiography Becoming shares the powerful lessons she learnt, developing from a girl from a humble background in South Chicago, to the First Lady of the United States.

It is one of the best books I’ve read this year, and it contains many lessons for women who try to juggle their roles as mothers, wives and ambitious professionals- and expat partners.

Lesson 1: Career: Use your time as “Wife of” to create positive impact

The book is chockful of career insights for ambitious women, but if there’s one lesson to take from it as an expat partner, it is that giving space to your partner’s career ambition, doesn’t need to mean it is the end of our own opportunities.

Instead of leaning back and let her role be reduced to “Wife of”, Michelle Obama consciously looks into what issues she feels strongly about and that she wants her time in the White House to have a positive impact on. She uses it as on opportunity to leverage her impact. For expat partners, rather than a limitation, a move abroad is a possibility to explore new career options or fulfill dreams, or to become active on things that truly matter to them.

Obama’s chooses to focus on healthy eating for children and providing mentorship for underprivileged but talented girls. She also takes a stand for professional licensing agreements for military spouses. These spouses face even within the USA the same challenges that expat partners face all over the world- that it is challenging to continue your career overseas due to legal and practical restraints.

“I knew what mattered to me. I didn’t want to be some sort of well-dressed ornament who showed up at parties and ribbon cuttings. I wanted to do things that were purposeful and lasting.”
– Michelle Obama

Lesson 2: Marriage: Keep your love in sight as roles change and keep communicating

Michelle Obama describes herself as a fireball, and her husband Barack as cool and rational. Clearly, sparks fly in their discussions and fights, especially as they are both lawyers. She describes how she’s not necessarily in favour of each role Barack takes on (state legislator, Senator etc).

She is honest about missing him at home. In her ideal world she wants him to take a job at a foundation and make it home for dinner every night. Instead, she is a “working, full time mother with a half time spouse and a predawn wakeup time.”

Giving each other space

At the same time, she is clear about loving Barack as he is, not as she wants him to be. For her, that also means giving him the space to shape and pursue his dreams. “My goals mostly involved maintaining normalcy and stability, but those would never be Barack’s. We’d grown better about recognizing this and letting it be. One yin one yang. I craved routine and order and he did not. He could live in the ocean, I needed the boat.”

She is vulnerable and open about the challenges of IVF and miscarriages that she and Barack faced, and she admits to having had marriage counselling to learn to deal with the differences between them. She looks into her own communication and beliefs, and makes changes. The importance of communication between a couple is clear throughout the book, and it is obvious how the strong partnership helps them both to be successful at what they do.

“Over time, we have figured out how to express and overcome our irritations and occasional rage. When we fight now, it’s far less dramatic, often more efficient, and always with our love for each other, no matter how strained, still in sight.”- Michelle Obama

Lesson 3: Becoming The Wife Is Weird

At the same time, giving Barack space does not mean she lets herself and her own ambitions disappear from sight. Michelle continues to work in Chicago, even when he moves to Washington as a Senator. She is annoyed by how the Senator’s spouses are treated, only given a tour of the Capitol and told about its history, rather than being given tools to deal with the political reality of their husband being in office.

Mrs. Obama is open about the challenge of being a Senator’s spouse and later becoming FLOTUS- First Lady Of The United States- in other words the wife. Now those of you who have moved abroad with your husband but without a job, will surely recognize that part, I know I did anyway.

In Michelle Obama’s own words

“I’d been Mrs. Obama for the last 12 years, but it was starting to mean something different. At least in some spheres, I was now Mrs. Obama in a way that could feel diminishing, a missus defined by her mister.”  (…) We were riding a seesaw, the two of us, the mister on one side and the missus on the other. (…).

I worried that as my visibility as Barack Obama’s wife rose, the other parts of me were dissolving from view.” (…)

“I knew the stereotype I was meant to inhabit, the immaculately groomed doll-wife with the painted –on smile, gazing bright-eyed at her husband, as if hanging on every word. This was not me and never would be. I could be supportive, but I could never be a robot ourselves in a world.”  – Michelle Obama

As an expat wife, redefining ourselves without our own career, our own family and friends, we often face this. This feeling of loss of identity, which takes time to reconstruct. It is also about letting go of expectations of others about who we should be as a wife and how we should be behaving. In Asia and the Middle East, it is often also about learning to deal with managing household staff.

“Who’s Ma’am? I had wanted to ask at first. Ma’am sounded to me like an older woman with a proper purse, proper posture and sensible shoes who was maybe sitting somewhere nearby. But I was Ma’am. Ma’am was me. It was part of this larger shift, this crazy transition we were in.” – Michelle Obama

Lesson 4- Motherhood- There is no Formula for Motherhood

Some of the most impressive parts of the book are about how Michelle Obama combines motherhood with ambition. As Barack is away so much, she lives life in a perpetual overdrive, trying to do well at home and at work.

“I battled guilty when I had to take work calls at home. I battled a different sort of guilt when I sat at my office distracted by the idea that Malia might be allergic to peanuts.” – Michelle Obama

She builds a tribe of women around her, supporting each other, going to the zoo together on weekends. From them, she learns that it doesn’t matter whether you work full-time or are a stay at home mum, whether you let your toddler eat candy or not, whether you allow them to watch TV or not, but that there is no single formula for motherhood.

“Each of these women was educated, ambitious, dedicated to her kids, and generally as bewildered as I was about how to put it all together. (…) Our afternoons together taught me that there was no formula for motherhood. No single approach could be deemed right or wrong. This was useful to see. Regardless of who was living which way and why, every small child in that playroom was cherished and growing just fine.”  – Michelle Obama

Parenting abroad sometimes feels like a bouncy castle, whatever you deemed “normal” in your country may be frowned upon abroad. Especially as a young mum, figuring out parenting is a challenge, and you can start to feel mobbed by the Mom Maffia, the Breastfeeding Police and the Anti-Vaccine Squad. It is important to realize that there is not just one way to parent, and that it is ok to figure out our own parenting style. And building a tribe abroad of likeminded mothers will save your sanity.

Acknowledge Your Own Achievements

One of those things that expat spouses often forget to do, is acknowledging their own achievements. The achievements are often so far removed from what were achievements in their previous lives- promotion, salary, lease car- that they do not see them.

They do not see the effort and courage it takes to rebuild a life abroad, to venture out by yourself in a city where you do not know anyone, to fly alone with a baby and a toddler halfway across the world. Instead, they start feeling bad about themselves because they don’t “work” and fail to meet their own expectations of what they “should” be doing. They see what they do as “normal” (everyone else around them is doing it after all). But it is like with motherhood, ending the day with everyone still alive is an achievement.

“This was life with little kids, this was what sometimes passed for achievement. I had the applesauce. I was eating a meal. Everyone was still alive. “Look how I am managing I wanted to say in those moments, to my audience of no one. Does everyone see that I’m pulling this off?“– Michelle Obama

Lesson 5: You Will Need to Fend for Yourself

When Michelle Obama runs into trouble about her stump speech during the campaign, facing criticism, she asks why nobody talked to her about it sooner. It turns out nobody inside the campaign had paid much attention to her. The perception in the campaign team was that Michelle “was doing fine until I wasn’t.” It was only then that she was called into the campaign manager office.

She realizes that “(t)he campaign apparatus existed exclusively to serve the candidate, not the spouse and the family.”

It is a realization many expat spouses also have. The working expat goes off to office on day 1, and they are left to fend for themselves. In building a new life or career abroad as a spouse, nothing should be expected from the company. It provides the essentials such as housing and payment of school fees (if you are lucky) and that is it. And your spouse? They are trying to get settled into a new job, which takes most of their energy.

An expat partner needs to be a strong self-leader, keeping both the family ship and themselves on course in rough seas. But you will also need to be mindful of your own needs, as no one will be paying much attention.

Michelle Obama is one of a kind, a woman who has worked hard all her life, a wife, a daughter, a mother, a friend, a colleague. She is by no means an expat spouse, but her journey inspires all women to become more of what they already are, powerful and vulnerable beings. Now go and read the book?

What was your lesson from the book?

Margot Stroekenhttps://expat-energy.com
Margot Stroeken, LLM, CPCC, coaches expats who are finding themselves at a crossroads in life or career. She is a Dutch coach and trainer based in Brunei on the island of Borneo. She left The Netherlands in 2012 as an international law/ human rights programme officer and worked a.o. as a Dutch language teacher at a University in Beijing and Communications Officer with the Netherlands Embassy in Beijing while discovering her love of coaching.
Previous Post
Raising Multilingual Children Abroad- An Interview with Dr. Ute Limacher-Riebold
Next Post
The Best Career Advice? Get Started

5 TED Talks I Recommend to Clients 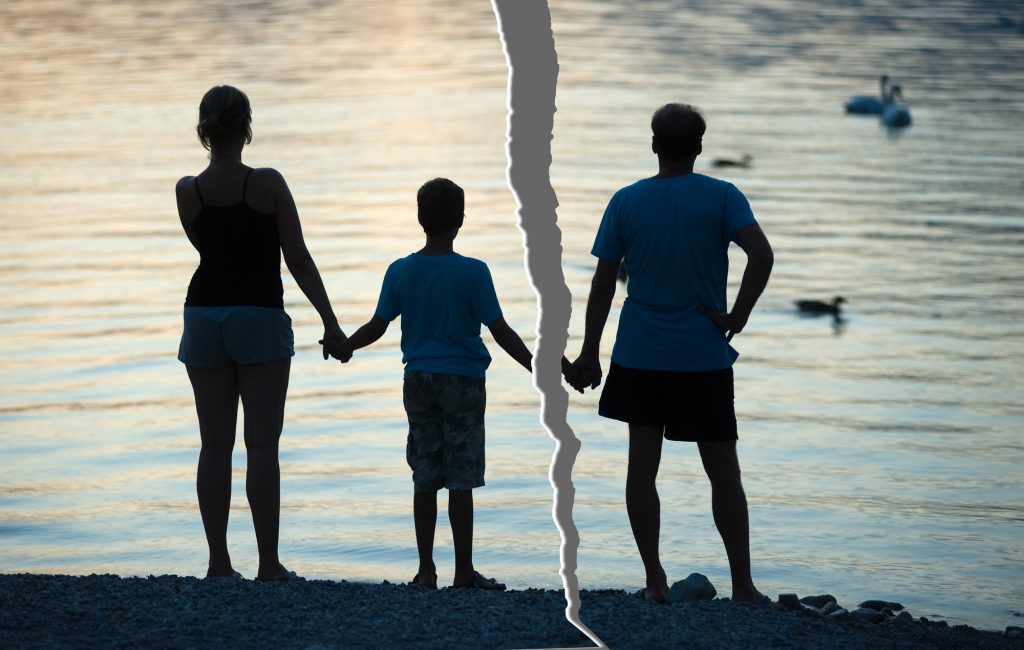