To be direct or not to be: Communicating across cultures

Culture is present every day when you live abroad. When I still lived in The Netherlands, I thought I knew about cultural differences. I’d worked with people from other nationalities for many years in different capacities (not just as a coach I mean). I lived in Spain for almost a year after high school, living with a local family. My class mates were from over 15 different nationalities. In my human rights work, I sat in meetings with International Criminal Court officials and I gave workshops to grassroots leaders in African countries emerging from civil war.

I loved these interactions with a variety of people and I learned from every encounter. Of course, there were many cultural misunderstandings too, and I made tons of cultural faux-pas.

But at the end of the day I always went home.

Be mindful of your own cultural biases

It wasn’t until I moved to China with my husband without a clear plan of moving back to The Netherlands, that I started to more deeply understand what it means to live in a different culture. Of course I read all sorts of books about the Chinese culture. Like how to give and accept business cards with both hands. About the concept of losing face.

But I only started to understand just how different the Chinese think when I made cultural mistakes, when I couldn’t figure out what was happening in certain situations, and when I started feeling annoyed with “The Chinese” from time to time.

It isn’t just the local culture

Living abroad puts you in close contact not just with the local population, but also with the wider international circle of other expats. Our work colleagues, fellow parents, neighbours, the doctors and teachers at international hospitals and schools, together we form the expat “bubble”. I sometimes think there is a separate Expat Bubble Culture. With distinct rules about extravagant birthday parties for kids and whether or not to vaccinate and breastfeed. But more importantly, living in another country confronts you with your own cultural perceptions and habits. Those ideas and actions that happen automatically and that serve you well within your own culture. In your own culture where you understand all the societal norms.

For the sake of readability a simplified version of countries from Low to High Context communication style.

One of the keys to developing our cultural awareness is being aware of how people from different cultures communicate in a style different from our own. Pretty obvious really, isn’t it? One way I found helpful to approach cultural communication was via the book Culture Map by prof. Erin Meyer, that I received from a client. Prof. Meyer eloquently writes about the difference between what she calls low context and high context cultures.

“In a low context culture, communication is precise, simple and clear. Messages are expressed and understood at face value. Repetition is appreciated if it helps clarify the communication.” Examples of a low context culture are the USA, the Netherlands and Australia. The UK is already less low context than these cultures. That is possibly why Americans do not appreciate British humour. They are followed by southern and eastern European cultures, and then places like Russia and Kenya, followed by India.

“Toto, I’ve a feeling we’re not in Kansas anymore.” – Dorothy in The Wizard of Oz

The Far East, China, Korea and Japan are at the other end of the scale. They are so called high context cultures. For those who are wondering about my current home, Brunei, I believe it is also a high context culture, somewhere on the middle to right end of the scale. Although I haven’t been able to find any official research, based on its geographical location and the cultures in surrounding cultures like Indonesia and Malaysia, it is likely.

“In a high context culture, good communication is sophisticated, nuanced and layered. Messages are both spoken and read between the lines. Messages are often implied but not plainly expressed.” The listener has an active role to decipher the messages. In Japan they have an expression for that apparently, listening to the air.

As Alexei Maxim Russell writes in The Japanophile’s Handbook:

Whereas, in the west, individuality and drive are considered positive qualities, they are not seen the same way, in Japan. In that country, if you are too much of a rugged individualist, it might actually indicate that you are a weak, unreliable character and that you are selfish, in a childish, willful kind if way.”

What that means in practice- Saying No

When I looked back at my own experiences abroad, I quickly saw many examples of this different way of communicating. For example, in many cultures saying no is impolite. However, in a low context culture like the Dutch culture, saying no is a normal way of communicating. The Dutch even value their directness; they see it as open and transparent. Other cultures often see the Dutch as blunt and inconsiderate.

People from high context cultures where “no” is considered rude, have devised ways to say no without actually saying no. Someone from the same culture will understand that message as no- without actually hearing that word. But we, being outsiders, often miss this implied message.

Let’s give you an everyday, not business related example of this. Recently, we requested a Filipino handy man whom we had worked with before, to arrange an errand for us. We had a good and pleasant conversation and he said he would arrange it after the weekend. But he never showed up again. Even when we messaged him to remind him, he texted again he would come soon- and never did.

While initially puzzled, we quickly realized it was a cultural thing. He had expected more clarity on the price before deciding whether or not to go ahead. We thought he had let us know the price range he was expecting and we saw no problems there.

We obviously hadn’t been attuned enough to his signals.

Would sheep from different countries have different communication styles too? Like French sheep and Japanese sheep?

1)      Be aware of your own way of communicating Are you from a low context or a high context culture? Do you communicate directly or indirectly- and compared to who? To people from your own culture or from other cultures? Do you repeat yourself in order for the other person to understand? Be aware of how you may be perceived. The Dutch usually do not expect many problems when they communicate with British people, but quickly realise that they miss implied messages.

2)      Be aware of the other’s communicating style- but do not generalise In this internationalising world, never underestimate others. Especially in the expat bubble, you will find many people who do not fit into their “national communication box.” You may have a Korean colleague or Chinese ayi who is super direct, because they are used to working with people from low context cultures. Americans working successfully in China will also have adapted their communication style to improve cooperation.

3)      When working in a multicultural team, make low context procedures When you work in a team with people of different nationalities be it at work or the Parent Teacher Association, make clear procedures in order to minimise the chance of miscommunication. This tip from Prof. Meyer’s book reminded me of Toastmasters, an international organisation aimed at improving public speaking skills. The very clear rules have allowed the organisation to spread worldwide. During the weekly meetings in my Brunei club, we have people from over 8 different nationalities working together to create a successful learning experience.

Margot Stroekenhttps://expat-energy.com
Margot Stroeken, LLM, CPCC, coaches expats who are finding themselves at a crossroads in life or career. She is a Dutch coach and trainer based in Brunei on the island of Borneo. She left The Netherlands in 2012 as an international law/ human rights programme officer and worked a.o. as a Dutch language teacher at a University in Beijing and Communications Officer with the Netherlands Embassy in Beijing while discovering her love of coaching.
Previous Post
Moving with Kids- An Interview with Rubina Anis, MA
Next Post
Expat Careers- Rachel Awad- Build on the Skills and Experience You Have 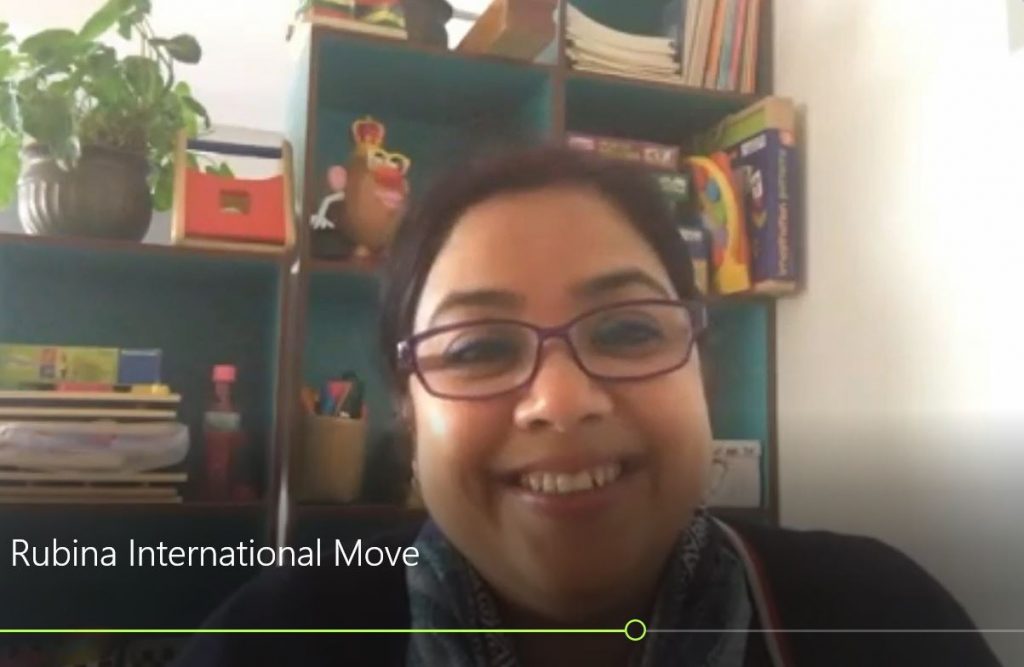 Moving with Kids- An Interview with Rubina Anis, MA 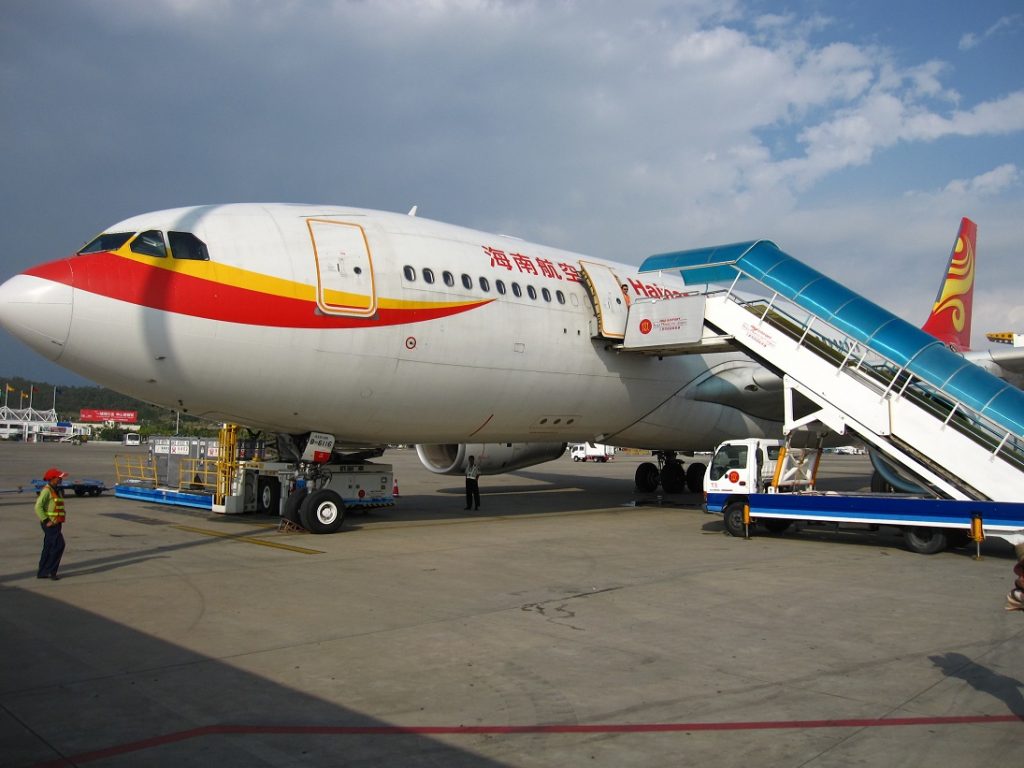 Expat, how long are you planning to stay? 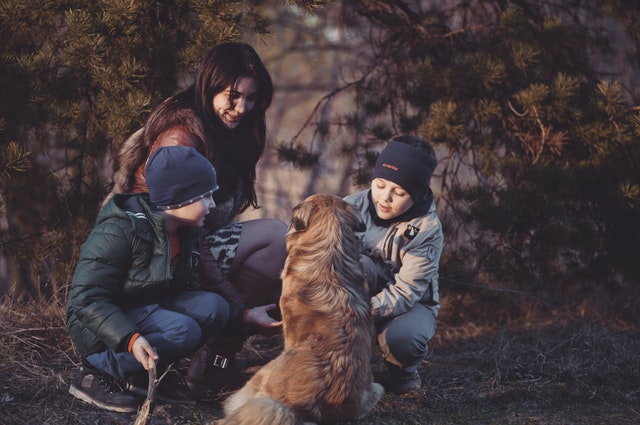